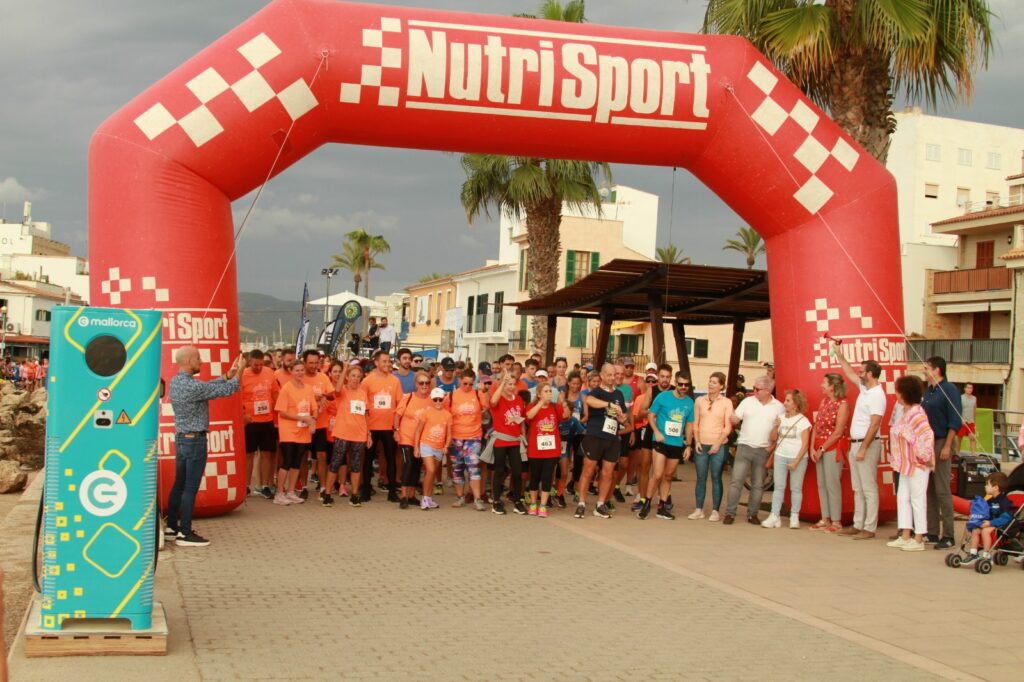 On the 25th of September a part of the Lantimar team went running in favour of Cystic Fibrosis. We supported the Respiralia Foundation, which has been working for this group of sufferers since 2006. Read on to find out all the details.

We celebrated the XIII Kilómetros solidarios against Cystic Fibrosis. Almost 600 participants ran in this solidarity race  the 5 kilometres set by the organisers around Palma’s Portixol. A huge orange tide to give visibility to the disease. 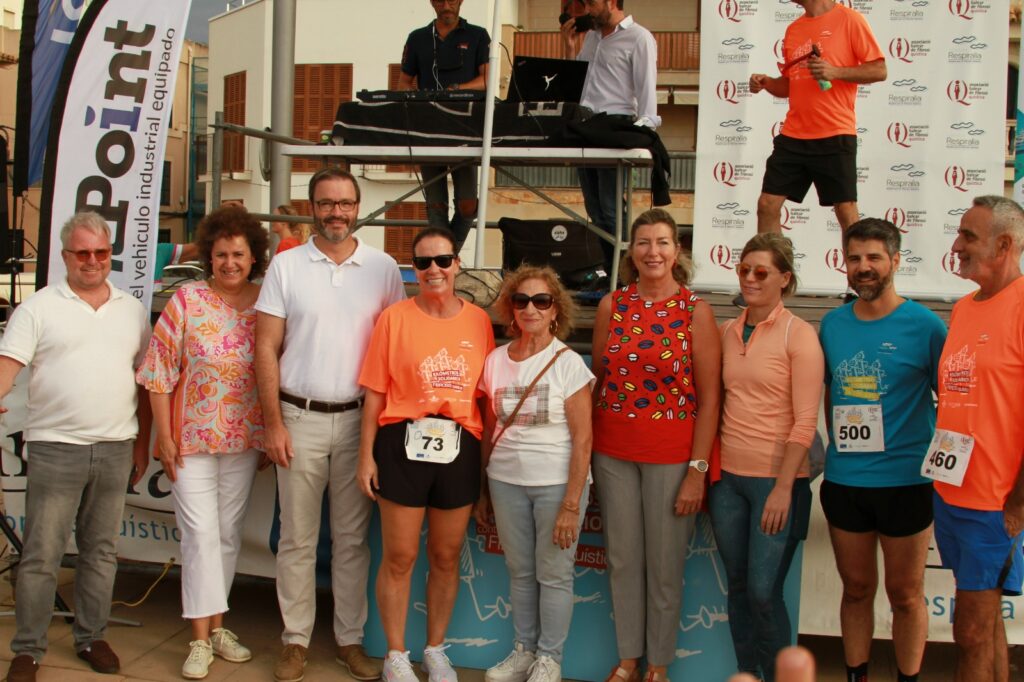 One of the major milestones of this new edition has been the participation of 11 people with fibrosis, who have run all the kilometres and finished the race satisfactorily, helped by the new medication that has been obtained.

One of the participants has a lung transplant and was able to happily complete the race.  Everyone’s support is essential in order to be able to continue research and offer new solutions to those affected. 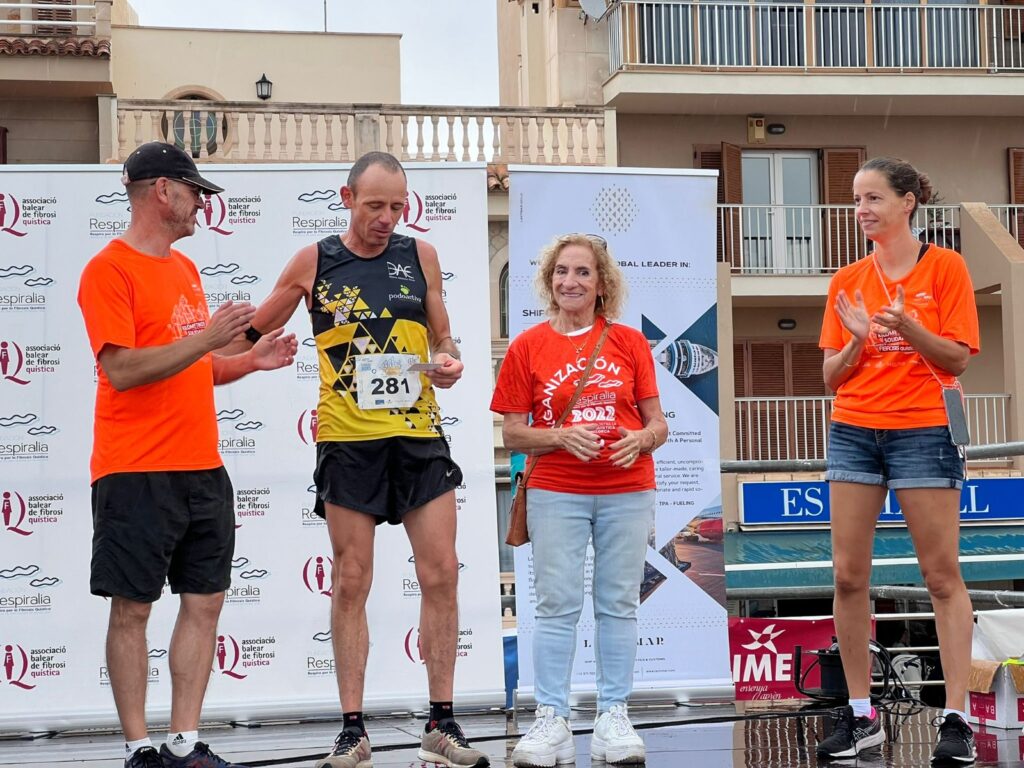 Recognition of support and loyalty

At the end of the race, the organisers wanted to recognise the involvement and dedication of some of the participants. One of them has run 40 km so that his T-shirt could be seen by more people, and not only on this occasion, but he has repeated it in the last eight editions.

Another mention charged with emotion and affection was that of Joanet, a 5-year-old boy with cystic fibrosis who managed to gather 167 people in his team.

To keep moving forward we must commit ourselves to our society and the people who are part of it. At Lantimar we are very clear about this and we are committed to the Respiralia Foundation. On this occasion we have supported the race not only by participating but also by making a financial contribution to the organisation of the event.

The help of many more people and companies is needed to make progress and help people with illnesses to have a better life on a day-to-day basis.

Cystic fibrosis is a chronic and degenerative inherited disorder that causes severe damage to the lungs, digestive system and other organs of the body. Although the Balearic Cystic Fibrosis Association was created in 1989, the Respiralia Foundation was founded in 2006 for its motivation to be from the first day none other than to improve the services for the treatment of this incurable and serious disease.

We will continue to collaborate and you can join us too! Check here the different ways to do so. 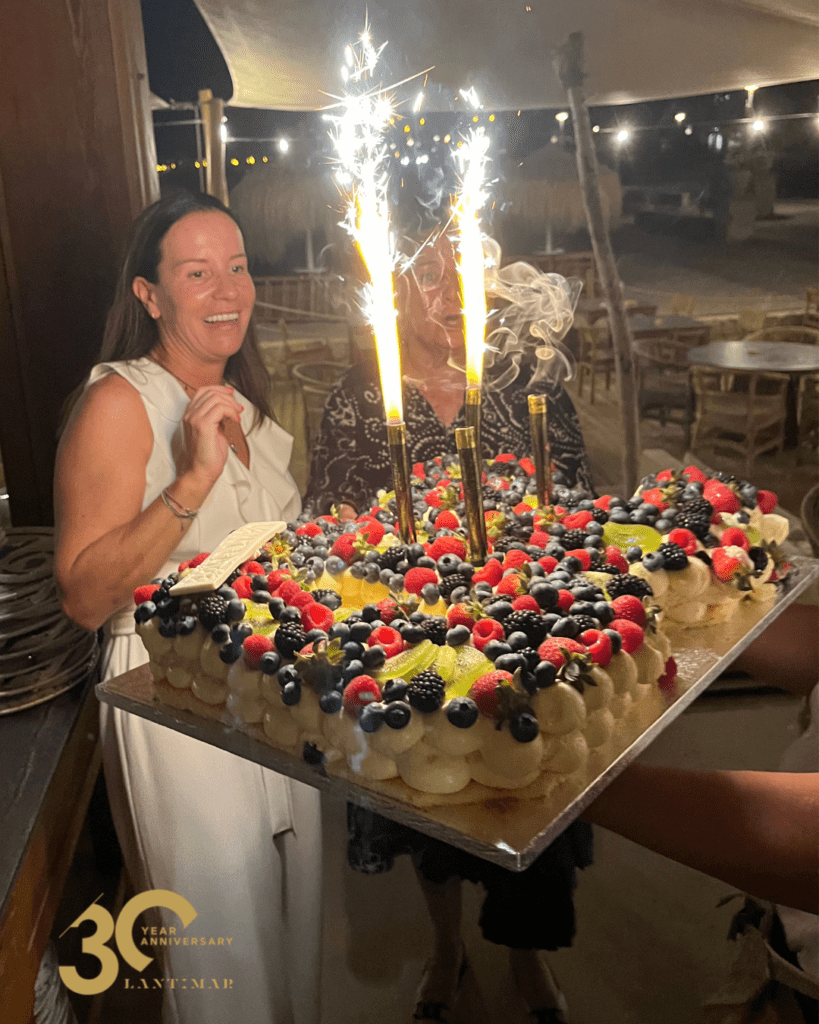 The whole team, more than 50 people from all around Spain offices, gathered in Palma to enjoy a special moment.

Past, present and future all under the same roof, to remember Toni Riera, founder of the company, who opened the company with a small office in Club de Mar and only one client.

Nowadays Lantimar prides itself of 3 divisions – SHIP AGENT – YACHTING – LOGISTICS & CUSTOMS – and place itself at the forefront of each business.

Three decades later, Toni’s legacy is still valid thanks to Beatriz Orejudo Cotoner, actual CEO, who has been with the company for 25 years now, and thanks to a great young, dynamic, and committed team, delivering its best smile every day to meet customer’s needs.

As we celebrate our 30th anniversary, we express our deepest gratitude to all our clients. We will continue working hard to stay true to the essence of the company: 24/7/365 at your disposal.

Be kind to yourself and others and be proud of what you’ve achieved. Happy anniversary!

In a routine inspection of Customs in Palma de Mallorca (August 2014) the yacht states that it has a commercial registration, and therefore the following documentation is requested:
Deed of incorporation of the owner company
Documentation proving VAT payment
List of passengers of the next crossing

When the documentation is delivered, it is provided a document from the Treasury of the Isle of Man (place of incorporation of the owning company if the yacht) from which the payment of the value added tax of the boat cannot be deducted. Likewise, it was provided the original invoice nº2014/051 with an amount of 19,464,992.48 where a 0% applied VAT appears.

Despite the appeal of the vessel who justifies the non-payment of VAT due to its temporary importation, Customs informs that only the vessels that fulfil with the following can be under TI:
i) they must be registered in a third territory outside the Community Customs Territory;
ii) they must be registered in the name of a natural or legal person established outside the Community Customs Territory;
iii) must be used by persons established outside said territory, except in specific cases.

Therefore, it is considered that if the vessel is registered in the name of an entity established in the Community Customs Territory (Isle of Man, in this case), the temporary importation regime is not applicable at any time.

It should be noted that this is not a problem of non-compliance with the conditions of the TI regime, but due to the irregular introduction into the Community customs territory of a foreign-flagged vessel without the possibility of receiving the temporary importation customs regime, the debt of the VAT value has raised.

This website uses cookies to improve your experience while you navigate through the website. Out of these cookies, the cookies that are categorized as necessary are stored on your browser as they are essential for the working of basic functionalities of the website. We also use third-party cookies that help us analyze and understand how you use this website. These cookies will be stored in your browser only with your consent. You also have the option to opt-out of these cookies. But opting out of some of these cookies may have an effect on your browsing experience.
Necessary Always Enabled
Necessary cookies are absolutely essential for the website to function properly. This category only includes cookies that ensures basic functionalities and security features of the website. These cookies do not store any personal information.
Non-necessary
Any cookies that may not be particularly necessary for the website to function and is used specifically to collect user personal data via analytics, ads, other embedded contents are termed as non-necessary cookies. It is mandatory to procure user consent prior to running these cookies on your website.
SAVE & ACCEPT
Scroll To Top